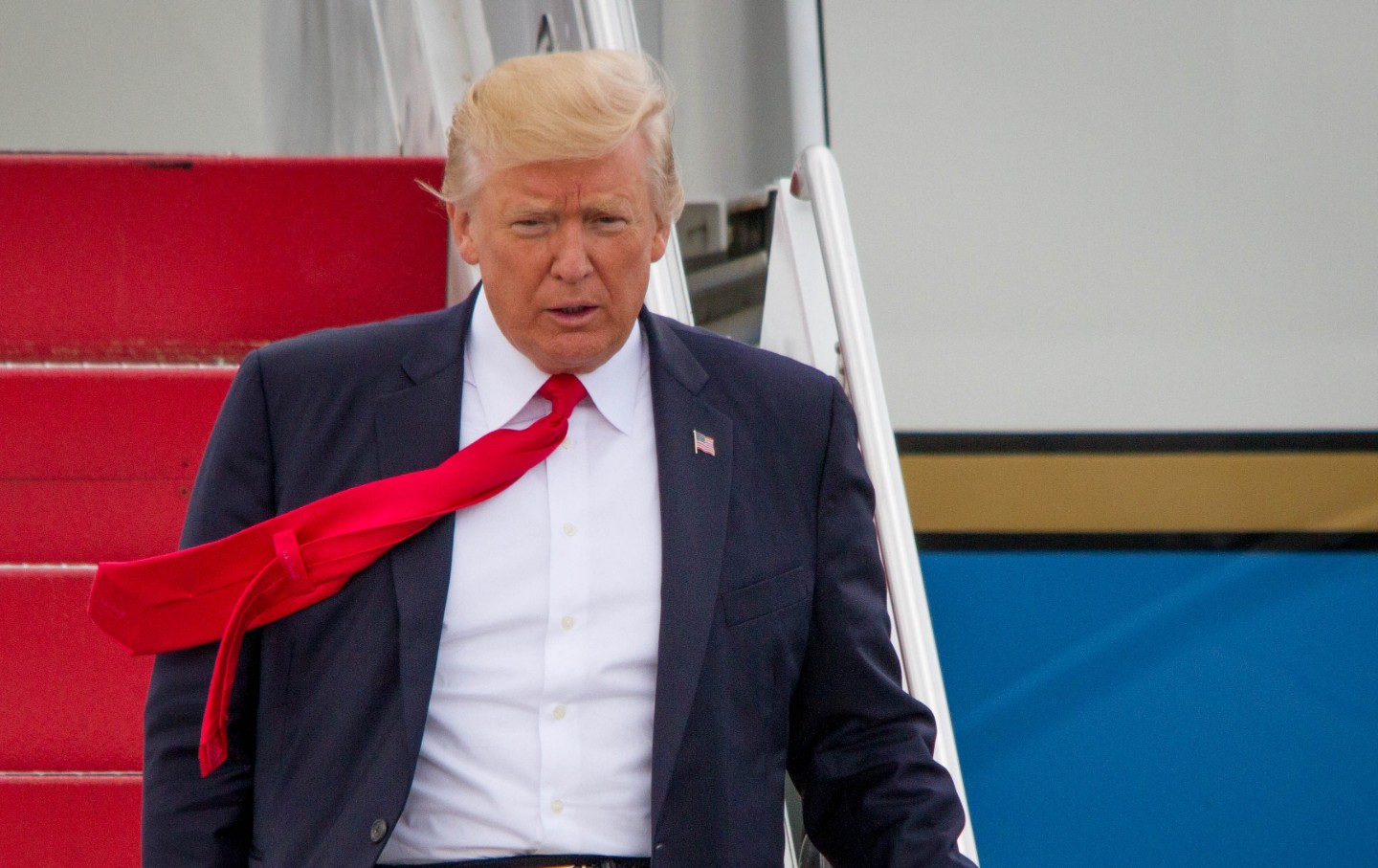 President Donald Trump responded to the Harvey Weinstein verdict, saying Tuesday that he "never liked" the once-powerful Hollywood mogul now convicted of rape and that Weinstein sought to work against Trump's candidacy in 2016.

Weinstein, 67, was found guilty in New York on Monday on one count of third-degree rape and one count of criminal sexual act in the first degree, but was acquitted on two counts of predatory sexual assault and one count of first-degree rape. He faces a sentence of five to 25 years on the most serious charge. Weinstein's lawyer said he would appeal the verdict.

During a press conference in India, Trump was asked if he thought justice was served in the case, one of the most prominent sparked by the #MeToo movement.

"So I was never a fan of Harvey Weinstein, as you know. In fact, he said he was gonna work hard to defeat me in the election," Trump said. "How did that work out, by the way? I’m trying to figure that out. He was a person I didn’t like, never liked. I don’t know too much about the case because, you know, between traveling and being at meetings almost every hour of the day, every minute of the day, I haven’t really been able to see too much of it."

Hantavirus | Similar Like Coronavirus, Hantavirus Panic China | What You Should Know

After country is being recovered from the deadliest outbreak of coronavirus, a new killer, "hantavirus" is found to be infecting people in China. acc ...

US Economy Today : Impact Of Coronavirus Invasion On US Economy